Marco and I headed south a few weekends ago to do some exploring in the province of North Brabant. Originally we had intended to go for a music festival to see Air perform, but unfortunately that didn’t turn out as planned. With the hotel still booked, we decided to make the best of it.  After a quick drive of less than an hour, we found ourselves in a lazy bit of the countryside outside of Helvoirt. That’s one thing about the Netherlands – even though it’s one of the most densely populated countries in the world due to its small size, it is remarkably easy to get out of an urban area and into the middle of nowhere in the blink of an eye. There is nothing I love more than seclusion in the countryside, so this works well for me.

Our hotel was nestled in a lush, dark forest surrounded by fields, cattle and extensive bike paths. While the hotel itself was nothing to write home about, we had a view out into the woods. I could lie on the bed forever listening to the breeze play through the trees.

We first visited Heusden, a vestingstad not far from where we were staying. Before moving here, I didn’t know what a vestingstad was. It’s essentially a fortification or defensive structure to protect a city. Many of the fortified cities in the Netherlands were built with moat-like waters surrounding them for protection. This makes a very interesting pattern when viewed aerially. And I think we can all agree that moats are pretty much the coolest thing ever. 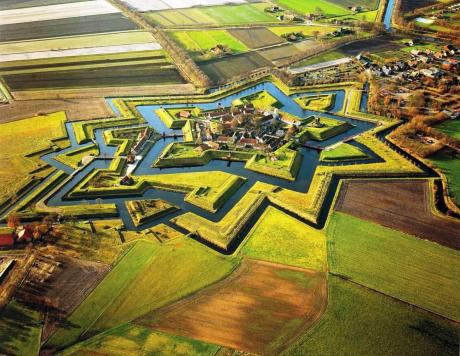 The city of Heusden happened to be celebrating the weekend with a Renaissance fair of sorts. There were shop and artisan booths set up around the city center and more than a few people donning traditional garb. I even saw some blacksmithing going down.  Unfortunately a steady rain came and drove us into a poffertjes joint. What are poffertjes, you ask? Delicious, silver dollar-sized pancakes that are found at eateries all over the Netherlands. They’re typically smeared with butter and dusted with powdered sugar. So maybe the rain wasn’t so unfortunate after all! 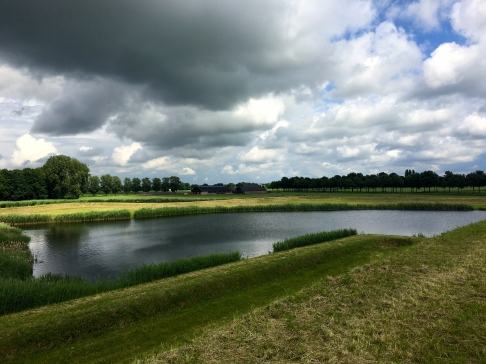 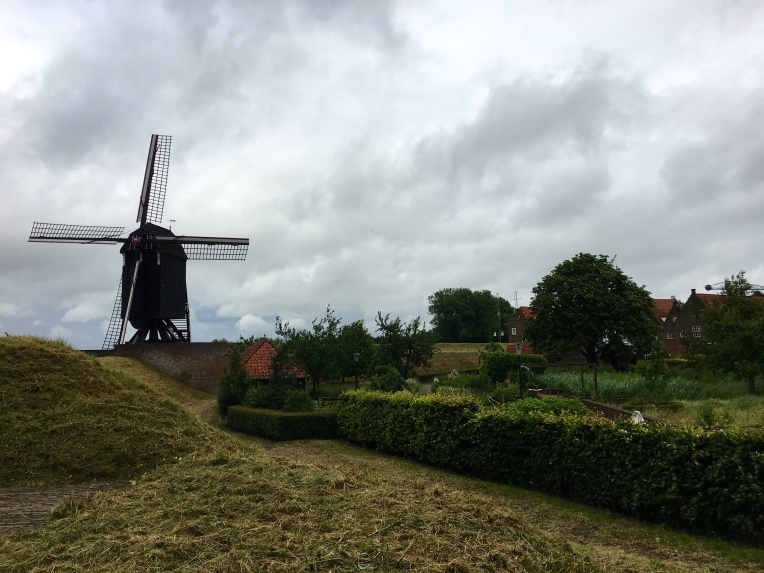 We had dinner that night at an absolutely fantastic restaurant in Helvoirt – ‘t Lieve Leven. The literal translation is ‘The Dear Life.’ And that night was indeed the good life. Course after course of interesting, delicious food. The finale was possibly my favorite – Hollandse aardbeien met karnemelk ijs (Dutch strawberries with buttermilk ice cream). It doesn’t sound like much, but man, it was insanely good!

The next day we ventured to ‘s Hertogenbosch (less arduously referred to as Den Bosch) for the 2016 Bosch Parade celebrating the art of 15th century artist Hieronymus Bosch. He lived and worked in Den Bosch and his art pervades the city landscape at every turn. Two separate friends from America sent me information about the parade and encouraged me to go. If that’s not a sign, I don’t know what is!

Den Bosch is a beautiful city that centers around Sint-Janskathedraal (St. John’s Cathedral), a mammoth Roman Catholic cathedral. Construction was begun in 1220 and completed around 1340. The huge, ornately gothic building is impressive to say the least.

After exploring the city center and witnessing several groups of identically-dressed singing senior citizens serenade restaurant terraces throughout (??), we headed to the Dommel River to take in the water-borne parade. The Bosch Parade is an armada of bizarre vessels, whimsical floats, and intriguing artistic collaborations. Art, theater, music and dance commingle to create an inspiring, wonder-filled experience. 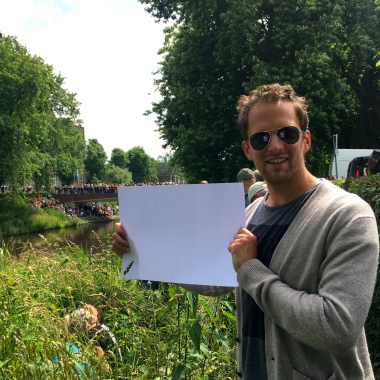 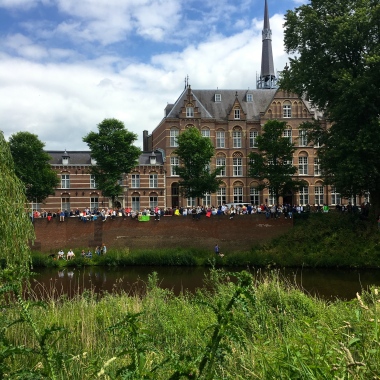 Marco wasn’t totally sold on the parade or its validity as art, but he waited, he watched, he even participated in one of the performance art pieces. I don’t know that he’ll be up for attending the 2017 installment of the parade, but he was certainly a good sport.