Recently my friend Armanda was kind enough to take me back to her old stomping grounds of Zwolle and Hattem for a day of sightseeing and shopping. She was raised in the small, delightfully adorable village of Hattem and went to school and worked in nearby, bustling Zwolle.

Zwolle is a city of almost 125,000 people about 45 minutes northeast of Baarn. Nestled along the Ijssel River, Zwolle is the capital city of the province of Overijssel. The city has an extensive history with some historic items found in the vicinity dating back to the Bronze Age. The modern city was founded around 800 AD by Frisian merchants and troops of Charlemagne. Not too shabby, huh? Oh, and Zwolle is yet another vestingstad with the fortified waterways around the city center creating a very interesting pattern.

The morning started out gray and rainy, but it wasn’t long before the sky was clear and the sun was shining. Our first stop was the Grote Kerk, a large church in the city center. It was renovated in the first half of the 15th Century to the building that still exists today. The beautifully ornate organ dates back to 1721. Truly a sight to see!

Our next stop was the Peperbus, the church tower of the Roman Catholic basilica dating back to 1399. It is one of the tallest and most famous church towers in the Netherlands. The tower is 75 meters (246 feet) high and an exhausting 236 winding, treacherous stairs to the top. It doesn’t sound like much, but I’d be lying if I said it wasn’t a struggle. Thankfully the rain had stopped by the time we made it to the top for beautiful 360 degree views. 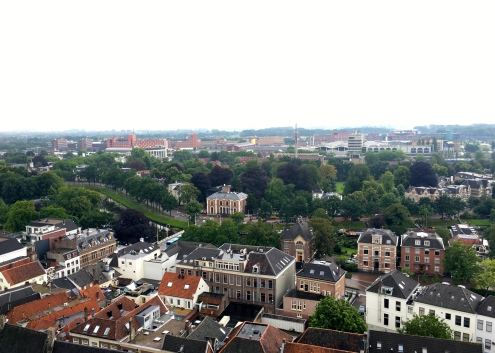 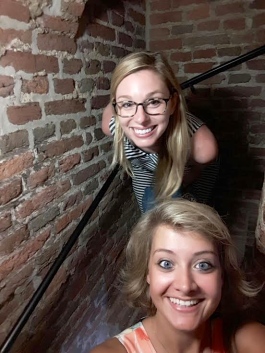 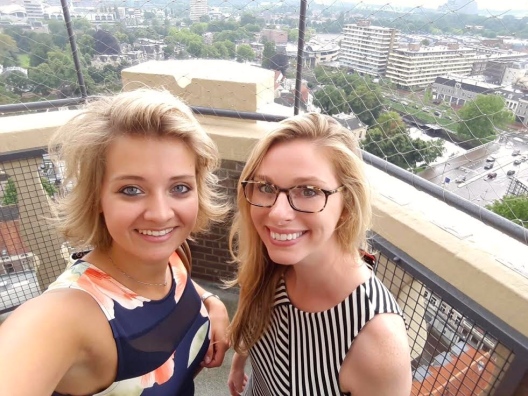 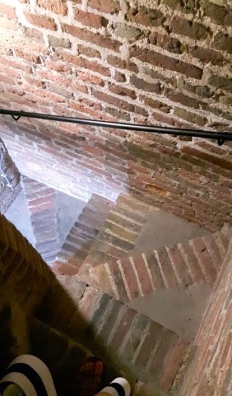 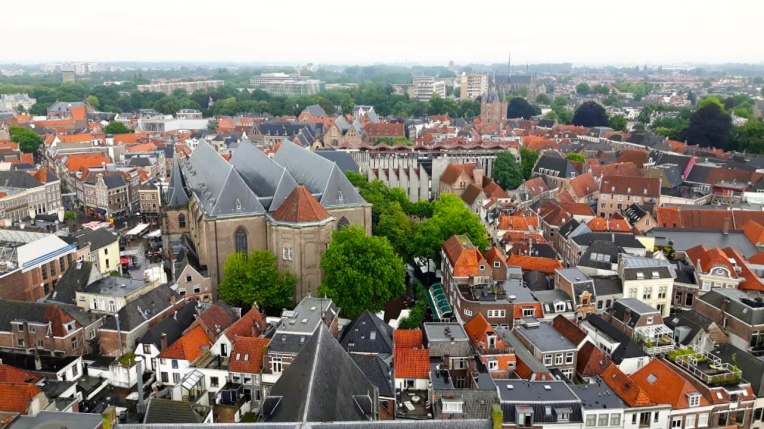 Armanda then introduced me to what is now one of my favorite stores ever, Søstrene Grene. It’s a darling store that was founded by two Danish sisters in 1973. ‘Able to find beauty and happiness in even the smallest of things,’ the sisters hoped ‘to share their excitement with the rest of the world. They have created a chain of retail stores that house a truly special atmosphere. Walking into one of these stores is meant to feel like entering an oasis where, at least for a moment, shoppers can take a break from the hectic pace of everyday life.’ And boy, that’s exactly what it does. I have since sought out another location of the store in The Hague. It’s the perfect place to buy little presents and fun, quirky items.

For lunch we visited the Waanders in De Broeren, an amazing old church that has been renovated into a huge, exquisite bookstore and café. I wasn’t able to get very good photos of the interior, but it’s definitely worth a look on their website. So incredible!

After lunch we did some shopping on the main streets in town, because, well, shopping! And we took a stroll along the remains of the fortified wall and enjoyed one of the best ice cream cones I’ve ever had. It was my introduction to the flavor called MonChoutaart: a delicious, cherry-topped tart with soft cream cheese-like filling and a graham cracker-like crust. NOM! I’m hooked!

After a couple of well-deserved glasses of rosé on an outdoor terrace, we headed to meet the guys for dinner and a tour of Armanda’s hometown.

Just over the Ijssel sits Hattem, the small, quaint village where Armanda was born and raised and where her family still resides. Mentions of Hattem date back to around 800 AD, but the parish formally obtained city rights in 1299. Home to only about 12,000 people, it is a quiet, charming alternative to the bustle of Zwolle. 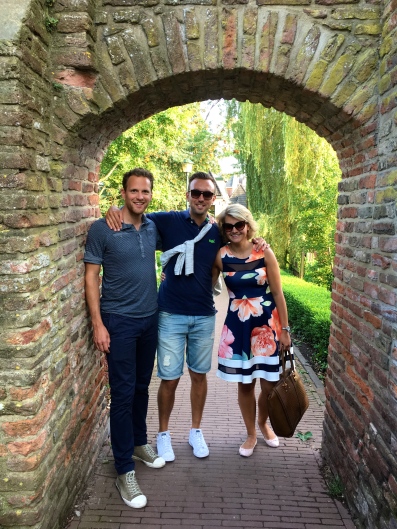 The city is compact but picturesque and inviting. We had an absolutely delicious dinner at Restaurant ‘t Spookhuys, a cozy restaurant rich with history and atmosphere. It even had its own ghost story! I felt so at ease and comfortable in Hattem. It’s the sort of place I’d love to call home.

Thank you so much for sharing your hometowns with me, Armanda. Such a wonderful day!